Cultivating a high-performance culture in your software team

Chances are, you’ve had a difficult job with a difficult boss. In such a job, the environment isn’t just unpleasant, it’s demoralizing and depressing.

The culture of such a team, or even an entire company, has an enormous impact on the health and wellness of its employees.

Everyone wants to do a good job, however, the pursuit of “high performance” can lead to misaligned values, unrealistic expectations, and a culture that fosters anything but real, sustainable performance. Motivating people through fear may work for a time, but it’s not a long-term strategy.

Treating people well is not just “nice,” it’s good business. Many studies have been conducted on performance cultures. Companies in all industries benefit from a focus on culture in general. Performance cultures contrast with toxic cultures in a few key ways:

Let’s look at these in more detail.

Many older, well-established institutions organize themselves in a “command-and-control” hierarchy. Decisions are made at the top, and the “troops” are expected to fall in line, without question. Trust between peers and managers is not part of the decision-making process. This model has been favored for a long time, but in modern times the cracks have begun to show.

The shift towards service economies has changed the average worker. “Work” in the twenty-first century is trending towards knowledge work, where highly-skilled professionals build systems and provide services that are far more complex than in years past. This type of work is not well suited to a traditional top-down decision-making model. Technology work in particular, including systems and software development, is negatively impacted in low-trust environments.

Trusting relationships are critically important to a performance culture. The knowledge and experience to execute work, in modern companies, tends to be concentrated in teams of individual contributors. These teams must be empowered to make decisions based on information that is developed as they work. When every decision must be checked and questioned by management, innovation is stifled. Morale is negatively impacted, because employees don’t feel like they have a stake in the work they produce.

What does “trust” really mean?

In practical terms, trust between peers means that colleagues trust each other’s intent, and respect varying perspectives. Everyone is “playing for the same team.” Productive disagreements are possible when employees trust each other to do the right thing. High-trust environments encourage honest, pragmatic communication between individuals and teams.

Trust between management and individual contributors prevents micromanagement. Managers are, by definition, leaders. Effective leadership is not a boss telling the troops what to do; a leader shares a vision and direction with his or her teams and trusts them to find the best way to achieve that vision. This type of leadership is a true force multiplier. Managers who lead to a mission, rather than a set of tasks, inspire loyalty and pride in craft.

For a great story of personal development in trust, watch the movie Burnt with Bradley Cooper. The lead character, a chef, begins his journey toward his second Michelin star by kicking cooks off their stations, doing the work himself. This type of micromanagement tends to be less than ideal.

Companies that foster a high-trust culture outperform those that do not, by a large margin. The 2014 State of DevOps Report states:

“Firms with high-performing IT organizations were twice as likely to exceed their profitability, market share, and productivity goals.”

This, and other research sources, strongly emphasize trusting relationships as a driver of success. Companies that recognize this are turning the command-and-control model on its head. They give their employees the time, authority, and confidence to find the best way to meet large-scale goals.

Information hoarding is another tendency in traditional command-and-control organizations. Modern institutions need the opposite: a free, unhindered flow of information between teams and organizations. It’s practically impossible for an entire company to align behind a singular vision, or mission when employees and departments fail to share information with each other.

There are several reasons why information sharing may be a challenge. Not all of them are sinister – one of the most common causes is simply time. Teams and departments can easily become so wrapped up in their own work, that they don’t have space in the day to reach out to others. Other causes are rooted in dysfunction. Low-trust environments make communication difficult.

If incentives between teams are misaligned, sharing information can feel counterproductive, or even risky. Bad news is especially tricky. Organizations that punish honest communication about challenges, and even failures, discourage open communication.

Agile and DevOps practices encourage open lines of communication. The “blameless postmortem,” for example, is a practice of reviewing system outages and failures. In a high-trust environment, faults are found in systems, not the people who build and run them. When well-meaning people make mistakes, and they do, blaming them personally for failures is counterproductive.

Blameless postmortems investigate the causes of failure by looking for systemic fixes, rather than blame and punitive action. The risk mitigation for an outage comes from the question: “how can we make the system better/easier to manage,” instead of “who messed up and how do we make sure he/she doesn’t do it again?”

When you hear the word “boss,” what is the image that comes to your mind? Does it look something like this? 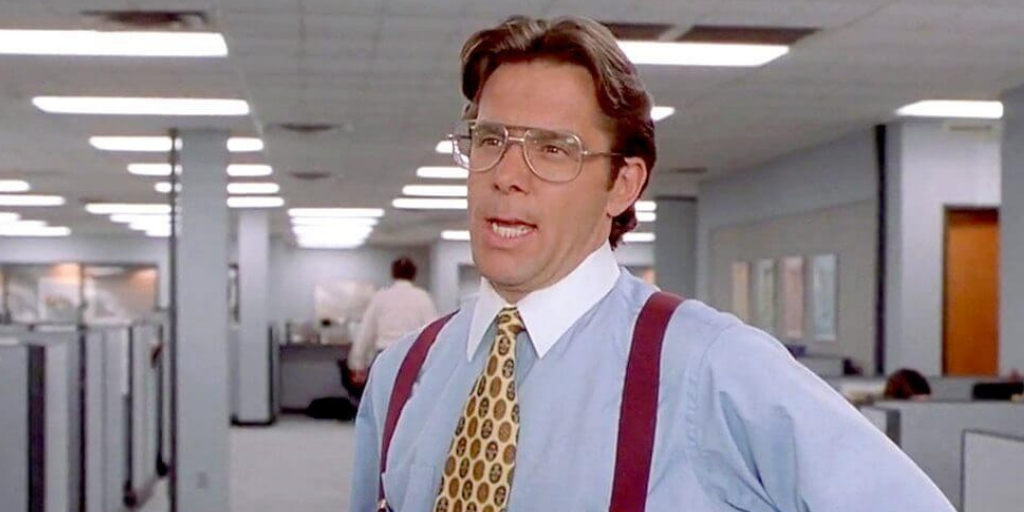 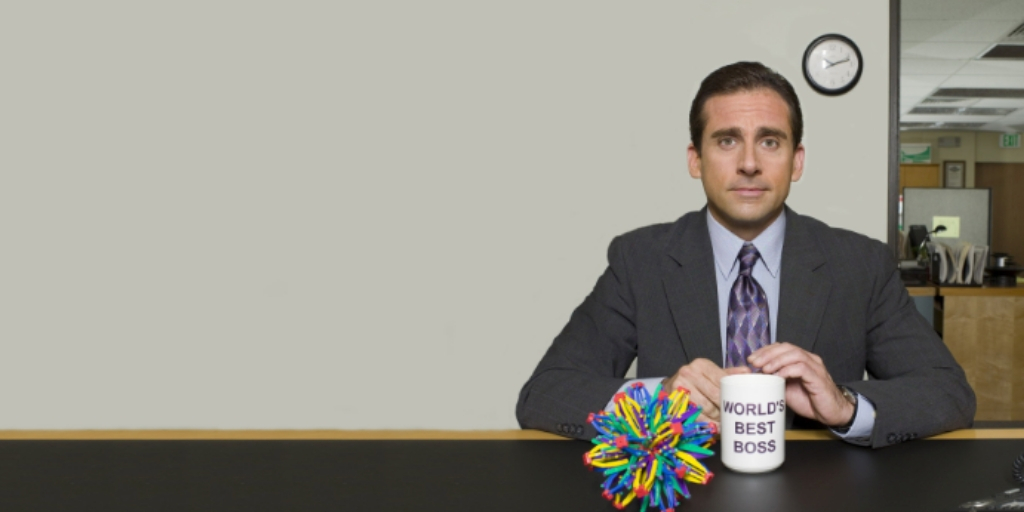 You may not have seen Office Space or The Office, but the images are quite evocative. These caricatures of a boss are rooted, as caricatures are, in a degree of reality. The term itself, “boss,” is rather loaded. It suggests superiority, inequality, and an imbalance of power. The traditional model of a “boss” is one who tells us what to do, how to do it, and has the power to make our jobs much more difficult in the process.

Effective managers in high-performing organizations do not view themselves as superior to their teams. Quite the contrary – they see themselves as facilitators. Their job is to provide their teams with the resources to get their work done. They don’t command their employees, they serve them.

Servant leaders are both servants and leaders. The difference between a servant leader and a “boss” is, which comes first. Servant-first leaders invest time in their teams’ growth. Employees appreciate managers who work with them on their personal and professional development. Well-treated, respected, trusted employees want to stay where they are and help their teams succeed. Investment in personal and professional development also pays dividends today’s individual contributors are tomorrow’s servant leaders. Promoting from within retains hard-earned institutional knowledge that takes time to grow, and is impossible to replace.

The customary beliefs, social forms, and material traits of a racial, religious, or social group.

A team, a department, even an entire company certainly fits the description of a “social group.” Companies have a culture, by accident or design (the former is, unfortunately, all too common.)

If culture has a powerful impact on the long-term success of a company, it must be important to understand how to promote one type of culture over another. Most companies operating at any given time are out of their “startup” phase, so whatever culture exists there has existed for some time. If that culture is a positive one, that’s wonderful. If not, there is work to be done.

How does a company go about changing an existing culture? It’s not easy. Culture can’t be bought, or installed. No organizational management consultant can change company culture with a two-day offsite visit, or a six-week engagement. Promoting and sustaining a performance culture is a neverending process that starts at the top, but is executed from the bottom. To change company culture, executive leaders must recognize the need and adopt a style of servant-leadership. There are several ways a new culture can be grown over time.

Culture is, in large part, behavior. People will behave, generally, in whatever way they believe to be in their best interest. Toxic cultures tend to have poorly aligned incentives, where “bad” behavior (low-trust, information hoarding) is rewarded and “good” behavior (high-trust, open communication) is punished. Bonuses, positive reviews, and other forms of compensation are used to incentivize some behaviors over others.

Take a close look at how these compensation plans are organized. What behaviors are being encouraged? Which ones are being stifled? In many cases, programs that look good on paper have unintended consequences in reality. If your culture needs shifting, re-wire the incentives to promote the behaviors you value.

If your company is ready to make a culture shift, the 15Five software platform has revolutionized the feedback process for employees. Based partly on positive psychology and driven by the need for software teams to be high performing, the 15Five platform has become an important part of the culture here at Raygun.

Bad hires cost a lot–far more than just the sunk cost of a salary. The cost to morale, due to a bad culture fit, is even higher. Hiring managers often focus on productivity, to the exclusion of “culture fit.” This leads to the hiring of very smart, very productive, very unpleasant people who drag the entire team down. When a company recognizes that promoting a performance culture is an inherent part of its success, candidates’ culture fit is valued at least as highly as their ability to perform the work.

DevOps tools can help with culture

Promoting performance culture involves a lot of big thinking and large shifts in behavior. These big changes are supported by smaller-scale, local resources.

DevOps-style information sharing can be difficult, even when everyone agrees that it’s the right thing to do. Supporting positive behaviors can be made easier with the right tools.

Raygun’s performance monitoring tools make important information available to anyone and everyone that needs it, in real time. Developers and operations staff can view alerts and respond in minutes.

Management can use the reporting tools to track trends and work with developer teams to mitigate risk. Integrations with communication systems, such as Slack, weave this information seamlessly into the day-to-day lives of IT staff. Raygun provides facts that can be used to inform code reviews, incident postmortems, and performance fixes. All that work can be based on hard evidence, rather than vague theories and opinions.