A broken or poor performing XHR can significantly impact a user’s experience with a page by slowing down the load time or causing it to break entirely. Many of our customers monitoring web applications agree that monitoring and optimizing XHR calls is the biggest lever they have to improve application performance.

Drilling down into the exact response code allows you to diagnose where an uptick in a specific response code has come from in just a couple of clicks, so you can resolve it faster for any customers who may be impacted. 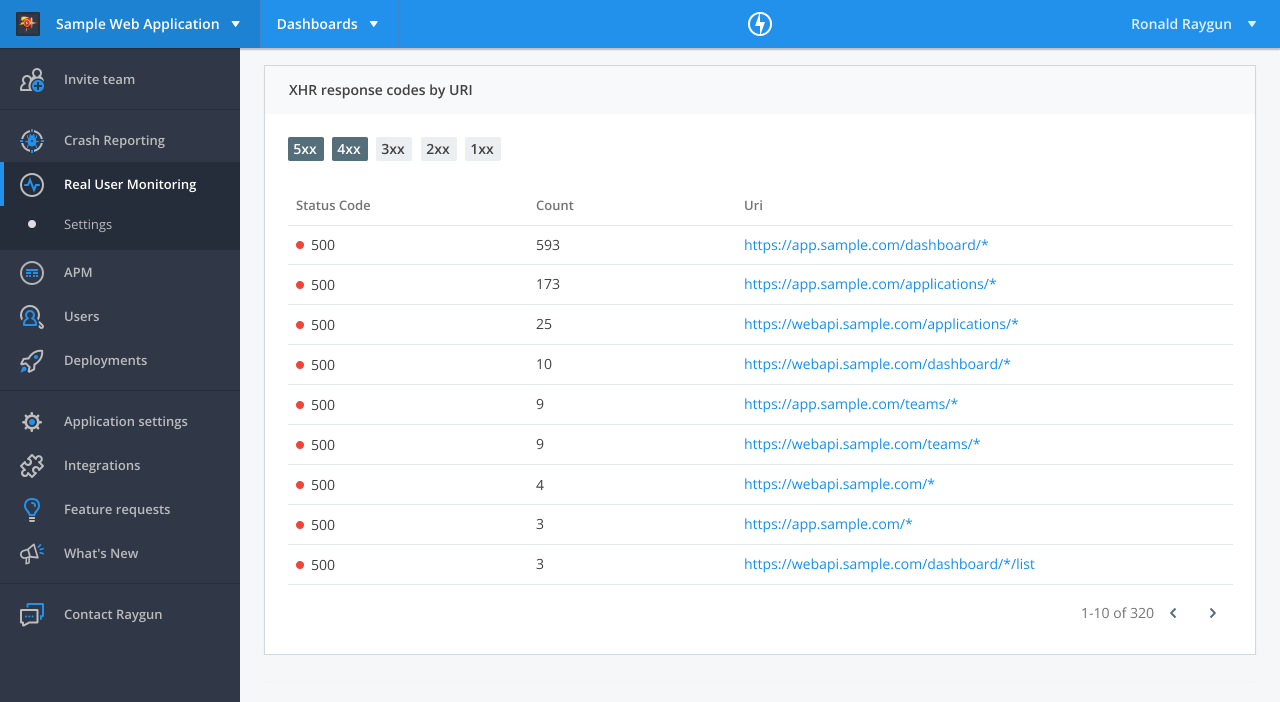 The new module shows you the count of different response codes, grouped by the URI from which the code was returned.

For example, say you spot an uptick in 5XX response codes in the trend graph at the top of the page. Filter this new module to 5XX responses, and you’ll see the XHR/s that returned a 5XX response. The table is sorted by the number of occurrences, so you can quickly spot what’s caused that uptick.

With the new XHR-level detail module, there’ll be no more guessing what caused that 500 or 404. Quickly pinpoint the problem so you can resolve it quickly, and keep your application performing as intended for users.

XHR-level detail on the response codes tab is another way to ensure XHR calls in your single-page application are performing correctly. This new level of visibility into the health of XHR calls, along with the newly introduced XHR performance trends, gives you a full picture of XHR call performance with Real User Monitoring.