Last Thursday I was lucky enough to attend WDCNZ with a few other people from Raygun. This is the fourth time I’ve been to WDCNZ, and it was just as good this year as it has been previously. Shout out to Owen, Charlotte, and the rest of the team that put the conference together – it was awesome. 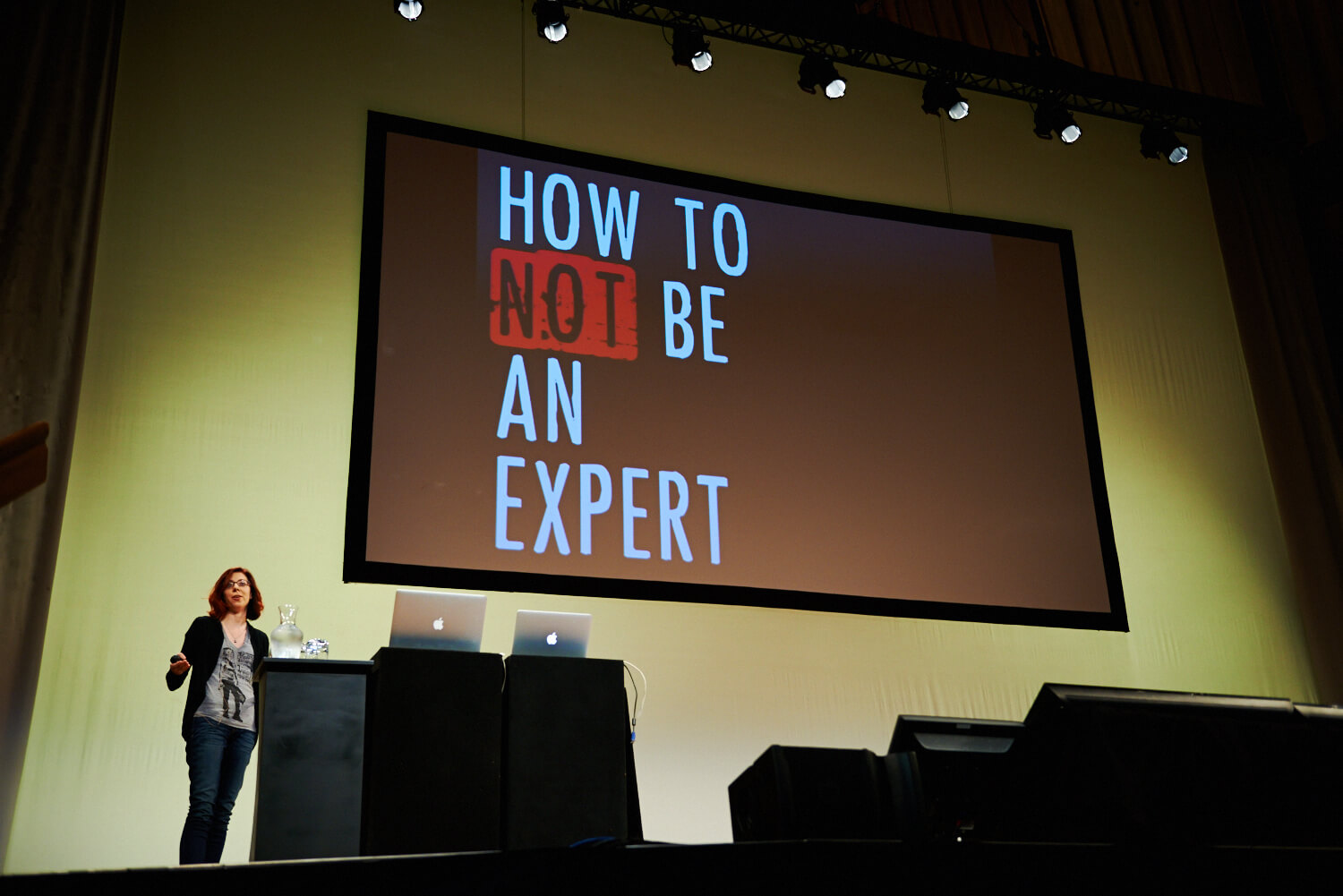 Jen Myers and Sarah Hui were the first two speakers, and while they were speaking about different topics I took similar things from their talks. Jen talked about expertise, learning, and teaching, but my biggest takeaway was from about halfway through her talk when she put up a quote from Kathleen Hanna:

You don’t necessarily have to have talent, you can just get up and do something and see where it takes you. I always tell girls who say they want to start a band but don’t have any talent, well, neither do I. I mean, I can carry a tune, but anyone who picks up a bass can figure it out. You don’t have to have magic unicorn powers.

There are a lot of ideas that never make it out of my head because I feel like I couldn’t do them justice. Really what I should be doing is having a go, if I make a hash of it then nothing of value was lost. Time spent trying to make new ideas work is worth it in itself, as I could come out of that with a new perspective on something I’ve tried before. 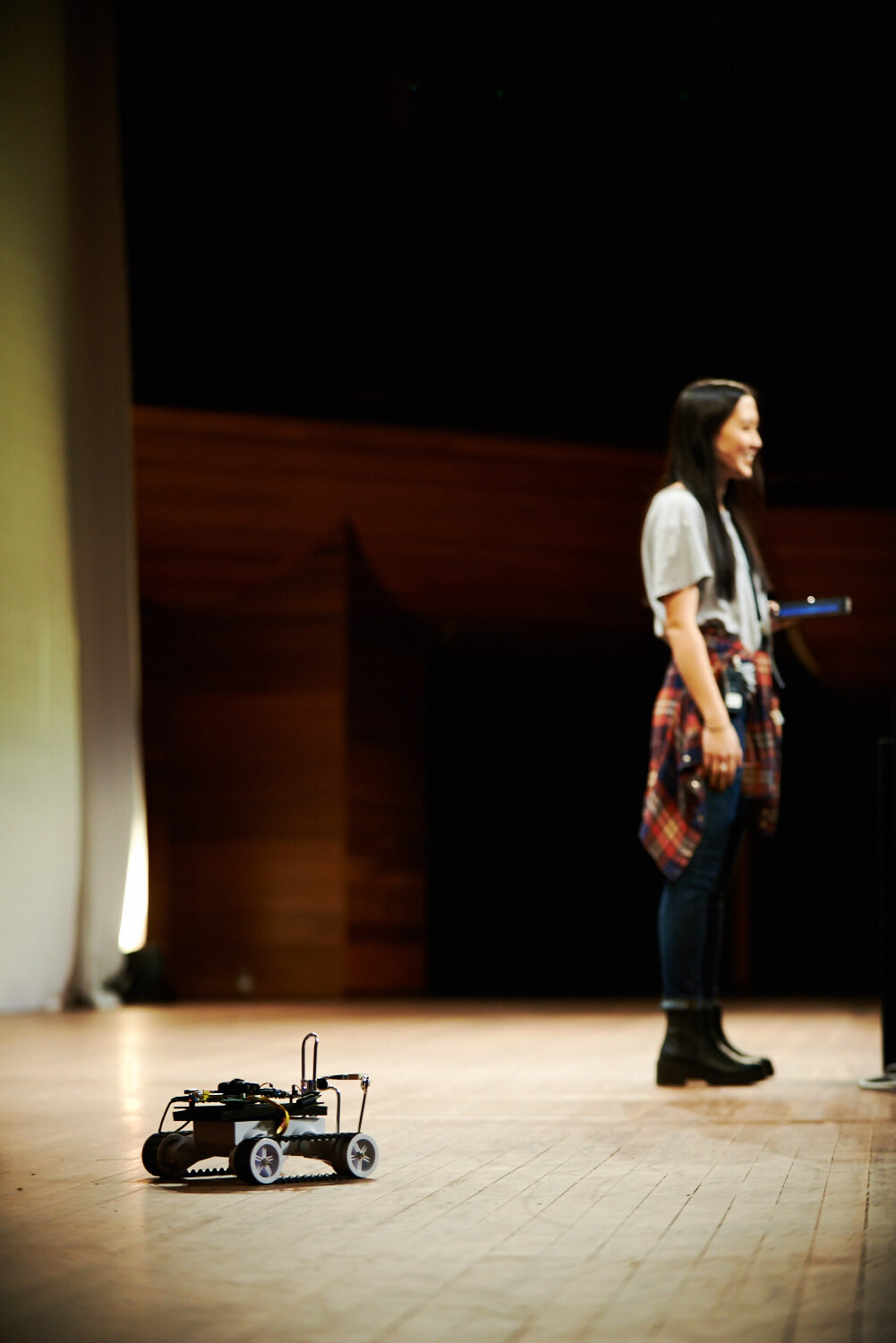 Sarah’s talk was about a little robot called Shuibot she built with an Arduino, a robot kit, and a Javascript framework called NodeBots. She said she had the idea for a robot with wheels, a webcam, and a controllable arm for a while, but hadn’t started it because she didn’t know much about making robots. Her killer quotes:

Once you dive past the shallows it gets really hard, and no one really talks about that.

which lead onto this:

Start with something sh*t – @han

She talked about how everyone tries to emphasise how easy their tool/framework/hardware was to use, but that they only ever covered the basics. All this talk of how “easy” everything should be discouraged her when she got past the easy bits and became stuck on the harder parts. She also talked about how it was easy to get overwhelmed with the tsunami of information available on the internet, and how it was an important skill learning how to filter that information.

To build her robot, she started with the most basic functionality: the movement bit. The robot she brought to WDCNZ wasn’t her finished idea – it didn’t have the webcam or the arm, but she was proud of it and bought it along anyway. I thought it was awesome though, and this was what I came away from that talk thinking about – You can always make a thing better, unless you haven’t started on it at all. 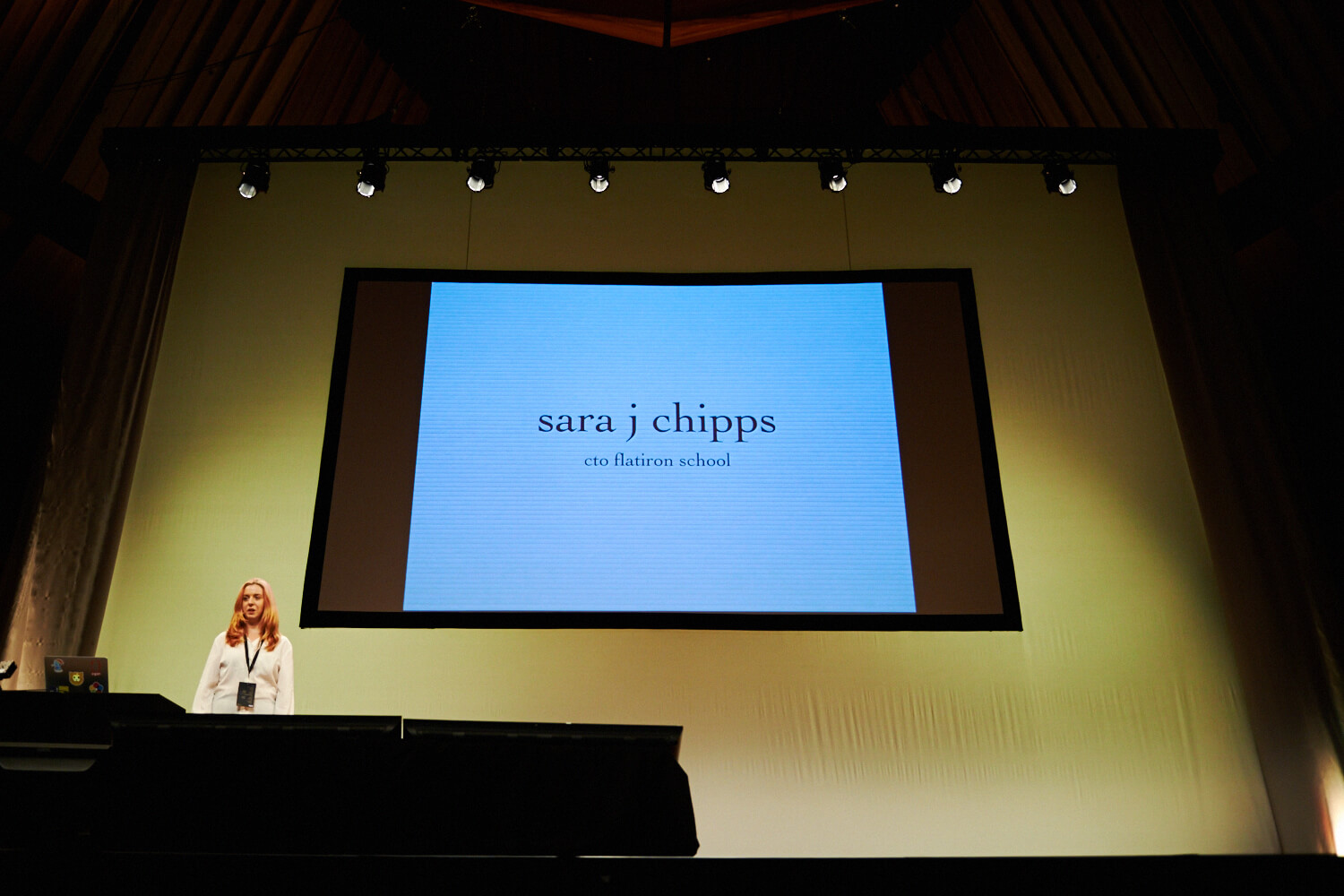 I have had an idea for automating the heating system in my house floating around for more than a year, but haven’t done anything with it. Sara Chipps was the last speaker, and she gave me the last kick in the pants I needed to get on with it. She has been experimenting with the Spark Core, a tiny WiFi board that connects up to Spark’s cloud service and provides a nice REST interface to whatever your Spark Core is doing. I need a few Cores with temperature sensors on them to throw around the house, and one with an Infra-red LED on it to turn my heat pump on and off. Sara has been using them to make programmable electronic jewellery, which was pretty cool. The proliferation of this type of small, WiFi enabled hardware is going to make the Internet of Things come round even quicker.

I had a really good time at WDCNZ, and hopefully the lessons I’ve learnt will stick. If you get the chance, I highly recommend going along next year.