What I’ve learned about developers in 4 years at Raygun

I’ve been the community manager at Raygun for 4 years, which essentially makes me an expert on developer behaviour.

I really didn’t know what I was in for when I first started, and the first thing my developer colleagues taught me was what developers are not.

The ‘shit people say’ thing was all the rage at the time, so they supplied me with enough knowledge to make this:

I know, I know, if you’re from any place that’s not Australia or New Zealand you probably can’t understand our accents – and also this trend is so three years ago – but this was the beginning for me in my journey of discovering what is at the core of every developer I would go on to meet.

Things that really grind their gears. So I’ve come up with my own list of things I know I would never hear from my colleagues. [bctt tweet=’”The designers are right, we should improve the user experience” #shitdevelopersdontsay’] 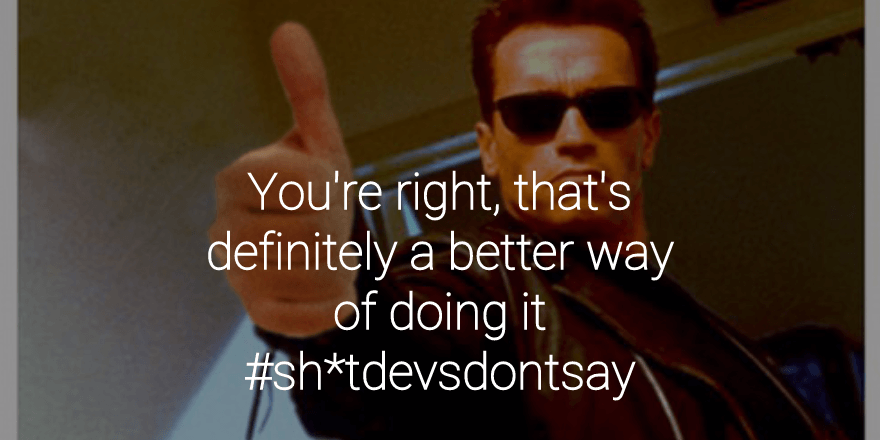 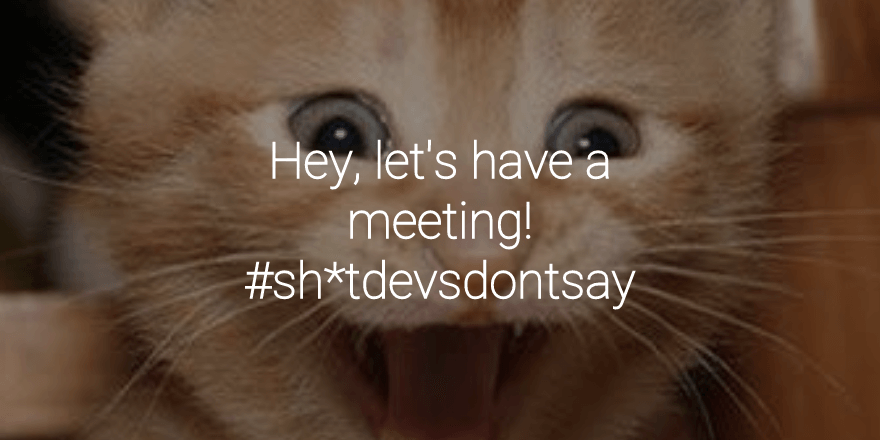