Remote pair programming: Tips, tools, and how to measure

Remote pair programming is an Extreme Programming (XP) methodology which is a part of the Agile software development model. It takes the principle of pair programming to the remote workplace. Pair programming leads to higher quality code and fewer bugs by making continuous code reviews and synchronous collaboration possible.

Two programmers approach the same problem from different angles and most likely have different skill sets and knowledge as well. Giving real-time code reviews to each other and separately discussing each problem can result in higher quality code and fewer errors, plus being in constant contact with a peer can also help programmers avoid distractions and keep focused while working.

As there are already several real-time collaboration tools you can choose from, there’s no reason not for trying this new form of distributed development.

One way you can put metrics to your remote pair programming efforts is how many bugs you create vs. how many get resolved.

You must be capturing all errors from your software so you can discover and fix the problems in your app before your customers do. Error counts and performance are a good measure of software quality, so if you can correlate better software (i.e., fewer bugs) with your pair programming efforts, you can put a value to your efforts.

Areas to measure are:

You can get all these metrics and more from Raygun Crash Reporting, Real User Monitoring, and APM.

Here are some common approaches to remote pair programming.

In traditional pair programming, there’s a driver who writes the code and a navigator who reviews it, line by line. This workflow can be perfectly emulated if remote pair programmers share their desktop with each other. Some screen sharing tools even let them use multiple mouse cursors with which they can edit the same file at the same time.

How can you make remote pair programming easier?

Remote pair programming evolves as fast as real-time collaboration tools make it possible. Finding the best tools and mastering their usage is crucial if you want to be successful in remote pair programming. The developer tools landscape changes incredibly fast. If you are not satisfied with a tool, don’t hesitate to ditch it and give a try to another one, as a more suitable development environment can lead to much better results.

Zoom is primarily a cloud-based video communication app with which you can host online video conferences. However, it has impressive screen sharing capabilities as well that make it possible to share multiple screens simultaneously. Moreover, you can also take leverage of its whiteboarding feature that allows all participants to annotate on the shared display. With Zoom’s screen annotation tools, both of you can make text notes, create simple drawings, add arrows, and erase previous notes.

TeamViewer is a cross-platform, encrypted screen sharing tool with which you can securely connect devices without using a VPN. It doesn’t need any configuration, and it also works behind firewalls and proxies. Besides screen sharing, TeamViewer allows you to conduct audio and video meetings as well. TeamViewer comes with a built-in interactive whiteboard with which you can take notes and draw diagrams onto the shared screen.

USE Together is a pretty new screen sharing tool, launched in the summer of 2017. It has been created with the aim to provide remote pair programmers with a powerful screen sharing tool. USE Together allows developers to use multiple mouse cursors on the shared screen, which is its most exciting feature. Pair programmers can see each other’s cursors moving around on the screen in real-time. Although the app is still in beta, it’s definitely worth a try, especially if you want to have access to the multiple mouse cursor functionality.

Cloud-based IDEs provide you with hosted development environments which means you have access to a fully functional development platform right inside your browser. Therefore, it’s not surprising that remote pair programmers frequently choose them as their primary development tools. If you use a cloud IDE, you don’t have to bother with setting up, maintaining, and updating your own development environment, which can save you a lot of time and hassle.

Amazon’s Cloud9 is probably the most well-known cloud IDE on the market. It provides you with a code editor, terminal, and debugger so that you can do everything right from your browser. You can code together in the same editor by using two separate cursors. Cloud9 also has an instant chat tool that is built into the editor window. Moreover, Cloud9 comes with pre-packaged tools for over 40 programming languages, including PHP, Python, Ruby, C++, Go, and JavaScript. 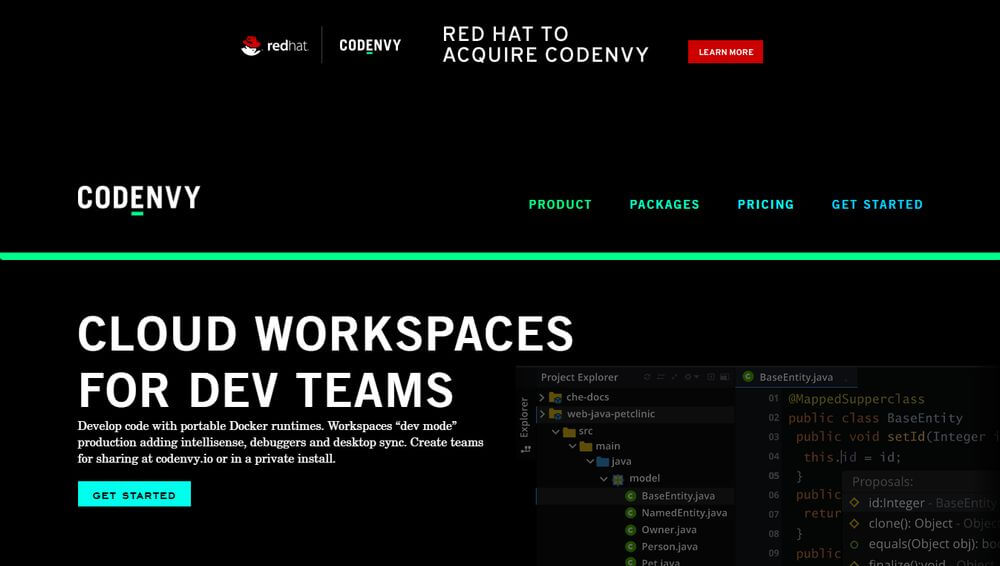 Codenvy, recently acquired by Red Hat, is a strong contender for Cloud9. It has a self-hosted option as well, so if privacy is important to you, Codenvy can be the best solution for you. Codenvy is built on top of Eclipse Che which guarantees its high quality. It uses Docker to containerize workspaces; however, you don’t have to install and configure Docker by yourself. Codenvy was created with remote teams in mind. Therefore it has several features remote pair programmers will love, such as workspace permission management, automated workspace creation, and integrated version control.

Although cloud IDEs are great, some programmers still prefer working with their own code editor. Until recently, remote pair programming wasn’t possible within locally hosted source code editors. However, live share extensions for popular editors have begun to appear on the market. 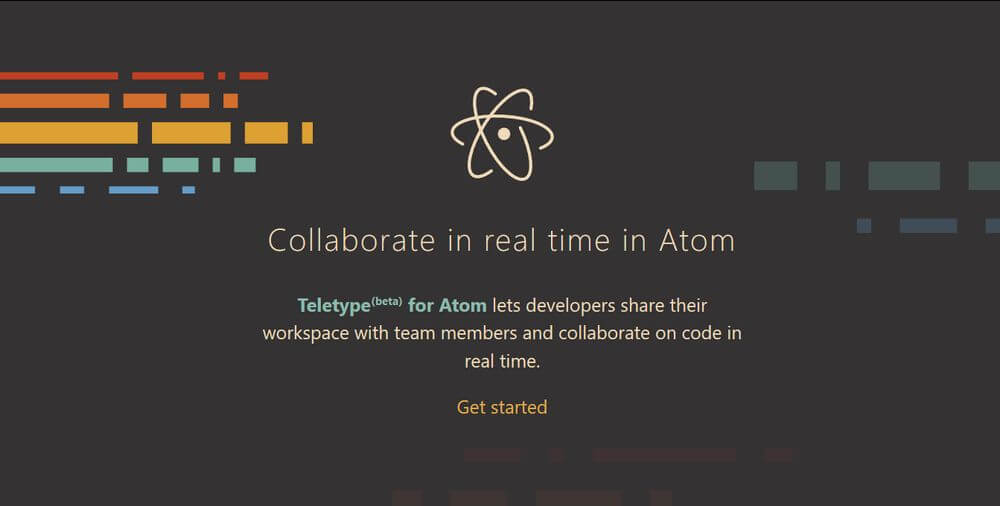 Teletype is an Atom package created by GitHub’s core team. It allows remote pair programmers to work simultaneously in the same workspace. As there’s no centralized server and Teletype encrypts all communication, it’s a very safe solution for running remote pair programming sessions. The programmer who opens the shared workspace becomes the host, while the other member can join as a collaborator and make edits in real-time.

Microsoft released the Live Share extension for Visual Studio Code in November 2017. Right now, you can only sign up for early access. however, Visual Studio Live already seems quite promising. Pair programmers can edit files synchronously, see each other’s cursors, and changes immediately appear in the editor window. Visual Studio Live Share also makes real-time debugging sessions possible by allowing you to set breakpoints and step through the code together, in real time.

If you want to learn more about remote pair programming also take a look at the following resources: