Survey – How do you handle software errors?

You don’t have to be on the front line of software development and writing the code yourself to be aware of errors that affect end users and customers. Having visibility of what’s going on across your projects and products is extremely important.

For every developer, the need for reliable reporting of issues and errors is a necessity. Prioritizing errors and seeing who is working on them could save you a lot of time and money.

As a software developer, or as part of a development team, the majority of your time is not actually spent actively writing new code or features. Instead it gets tied up with meetings, administration and of course, fixing bugs. According to our survey, each developer spent almost seven hours every week hunting down bugs. That’s 364 hours a year!

If you have a team of five developers, that’s 1,820 hours per year you’re losing trying to fix problems. Imagine if you could just halve that time, using a dedicated error tracking system could save you a massive amount of time and money, leaving you to work on new features and improvements.

The majority of developers in our study highlight something we’ve seen time and time again. What companies deem an ‘adequate’ error tracking system is just something that has been written themselves to fire off email alerts whenever an error occurs. If this is your current setup, no doubt you’ll be getting hit with lots of errors you don’t really care about and are missing a lot of the important ones. Error tracking tools help you prioritize what’s important when it comes to error severity. 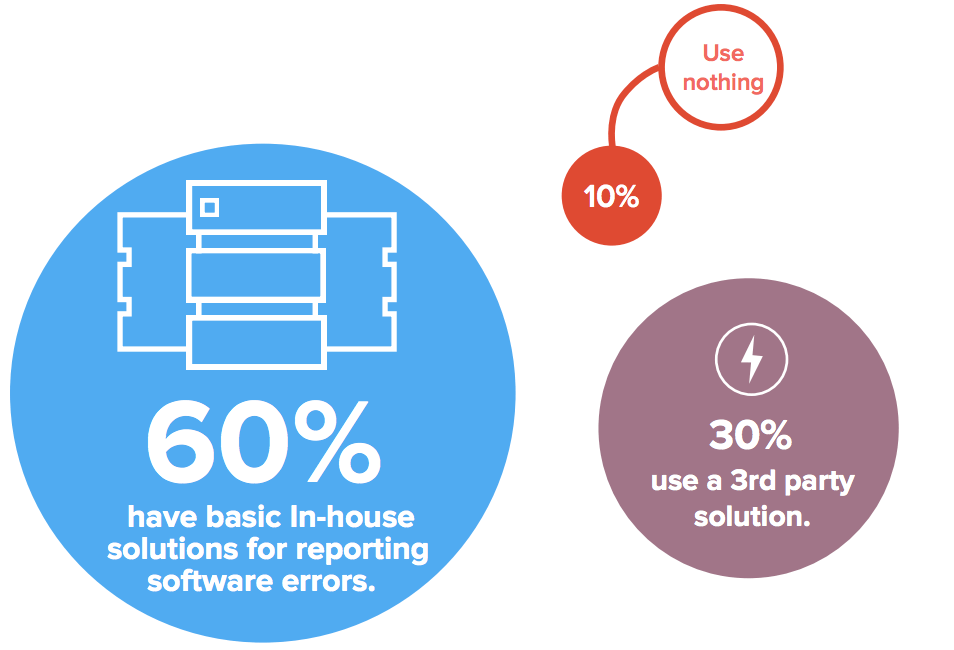 Also things like trend graphs, full stack traces, tags, search and error grouping make a dedicated error tracking solution a must have part of your workflow. Surely your team wants to be building new features on your own software rather than maintaining your error handling system. There is an illusion of cost saving here that is really costing you a significant amount of money. The time your developers take to maintain your own system is costing you money in salaries, but also in time taken away from serving your customers, and many people giving error tracking tools a try find their own systems missed a lot of errors that were occurring in their applications anyway. Give Raygun a try, you’ll be surprised at how many things you didn’t know about are happening in your software.

Half of all the people surveyed choose to either decide themselves what to work on, or wait for users to report issues. The problem with waiting for your users to tell you about software errors is – by that time, it’s too late. Only 16% of people will try a failing app more than twice.

How many people were affected by this error? Specifically, who was affected here? How much revenue or how many customers did we lose because of it? How long has it been happening? You’re completely in the dark.

A dedicated error tracking solution allows you to answer all of these questions and probably fix that error before it even affected a single user. When you’re struggling to replicate a problem and are getting frustrated with a disgruntled customer sending you screenshots and minimal information, taking time out of their day to tell you about a problem in your software, it’s easy to see where all those hours go trying to hunt down errors.

With Raygun you’re able to turn a negative experience into a positive one. How happy will that customer be when you contact them to say that you noticed they encountered an error, and are already working on a fix.

It appears many developers rate themselves as having high levels of confidence in their ability to handle software errors. Often developers think they are doing a better job than they actually are when it comes to errors in their applications. As the large majority of users don’t report problems, there could be far more problems affecting your users than you’re aware of. 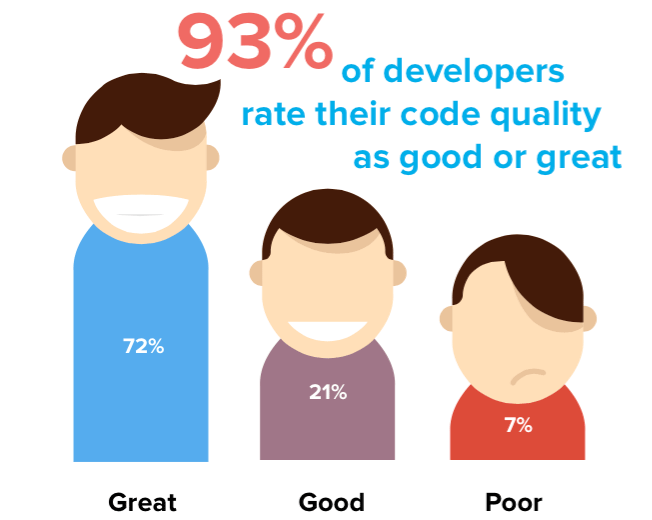 We hear it frequently from Raygun users who integrate Raygun into their applications and find many problems they simply did not know about, Raygun highlights those issues and brings them to your attention.

We’d like to thank everyone that participated in the survey and hope you found the results insightful.

Raygun helps software developers all over the world protect themselves from unforeseen errors that affect their customers. Take a free trial today and see how Raygun can improve the way you handle errors.