Jesse is the new Developer Evangelist for Raygun and will be advocating for developers both inside and outside the company.  He will be providing the community with blog and video content as well as assisting with documentation, Ruby hasher maintenance/feature creation, and direct training and mentorship while out at conferences and meet-ups. 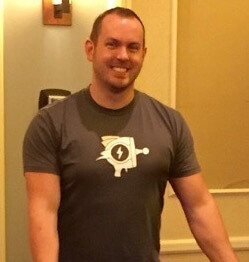 As the title says, my name is Jesse and I’m the new Developer Evangelist for Raygun.  I am incredibly excited to join such an incredible group of developers and staff in support of our entire community.  There are great and challenging things coming up over the horizon in the development world and I truly believe that companies like Raygun are at the forefront of enabling developers to better face those new challenges.  My mission at Raygun will be to not only spread the word about what benefits we can offer to your teams with our Crash Reporting and Pulse application performance monitoring, but to also serve as your advocate within the company and do my best to add value to the development community itself.

Currently I am based out of Portland, Oregon (USA) but you will likely be seeing me all over the next few months as I join our events manager, Tori Bock, at conferences and meet ups all across the United States.  If you have a meet-up or event you would like to have Raygun attend and/or help sponsor, feel free to contact me via any of the methods I have listed at the bottom of this post.  Our next conference upcoming is API World in San Francisco September 12th-14th.  We would love to meet you there if you’re going!  If not, keep an eye on the blog as I will be posting our upcoming events as they approach!

So what have you been doing up until now?

I have been involved with tech for the last 15 years in a variety of different roles from hardware and software support to networking and software development.  Originally born and raised in rural Missouri my first introduction to computers was from “borrowing” my step-father’s business computer to visit Usenet groups/dial-up BBS’s for shareware games and to figure out how to stretch that massive 4 MB of RAM as far as it would go.  From there I went on to serve in the United States Marine Corps after high school, attended college in Sacramento, and eventually moved to Portland, Oregon.

Work experience-wise, saying that I have a diverse (aka random) background would be putting it mildly.  Since high school I held several different jobs both in and out of tech such as:

And those aren’t even all of the jobs!

What did you learn after holding so many positions, often more than one at a time?

I love interacting with people and solving problems (especially with programming)!  I would take any chance I could to work on a problem with a team or help someone else with their challenges.  Whether that was through mentoring/training colleagues or helping out in the gym with a CrossFit class I couldn’t get enough.  So when the chance came to join the Raygun team and help reach more people I couldn’t say no.

and I’m tempted to dive into Rust but going to give Elixir some time to sink in before I bite off any more.

What meet-ups do you attend in Portland?

While I’ll be attending a whole lot more events in the future, you can count on me to be at the following events each month:

What can we expect from you going forward?

As a developer evangelist I will be creating new content (blog posts, videos, walk-throughs, etc.) for the Raygun developer community to help you all better leverage our products and experience in your day-to-day work life.  Additionally I will be creating and updating documentation on our services and features while also serving as a source of feedback between the Raygun Engineering and Product teams and our customers.  My job is to not only make you more successful with our platform but also help you be more successful in your development work as a whole.

I look forward to serving this wonderful community and meeting as many of you as possible, so don’t hesitate to reach out to me if you would like to chat about Raygun or just development/devops in general!